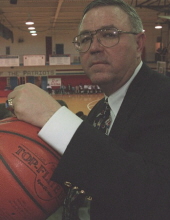 When someone leaves this physical life we are left with the juxtaposing of enshrining their legacy against our lived experiences with them. It is a dichotomy everyone will deal with in death. The things you least liked about someone in life are the things you least think about them in death. The toiling tug-o-war and malady of memories cause you to really reexamine the totality of their presence in your life.

As a child I can remember numerous faith leaders exploring the bounds of living processes and how the bounty of those experiences could be qualitative or quantitative. Once a faith leader said this “If you are praying for patience do you think you are just given patience? Or do you think you are given tests where you develop patience?” Clearly as an adult you know that patience is gifted through battery of tests proctored by numerous of persons passing through your life.

As we meander to and fro through our lives we strive to accomplish goals and dreams. We see others doing what we want and we begin to emulate them. Some of these only became what we desired to become because of exposure. As a child who sees their local hero shooting that winning shoot; scoring that winning touchdown; killing that last serve; etc.,  you become absorbed with the idea of this what I want to do. We even see our favorite professional superstars on TV or in person adding more enthusiasm to our desires to become our version or better of them.

The process of becoming is twofold. You have to do the research of what makes this superstar (in our minds) become who they are. Then you have to develop a plan to obtain our goal of becoming just like or better than them. We put our plan in motion. Getting up early to get that extra workout out in before your regular team practice would surely give you the edge you needed to get a better position on the team.  But what happens when your best isn’t good enough? What happens when you fall prey to your happenstances and the victory of becoming you so desperately seek is now aloft?

Enter Coach Rip! Coach Rip was that guy who would see a D1 player being a gym rat at the local community center and invite him to try out for him. Total transparency here … that player didn’t have to be a D1 player he could just be a young man with a zeal for competition, a good jump shot, quick up and down the court, and not attached to another team. Coach Rip was infamous for finding dynamic athletes. He would find those who had either failed other attempts at collegiate play, let life alter their sound decision making, never considered playing collegiate ball, or just needed a second chance in life to get it together and of course some just found him via his legacy or others were referred to him.

When you walked into a gym with Coach Rip there was an immediate expectation from you. As an athlete you did not want to let him down. I watched many athletes who struggled with their personal hang-ups fight to show Coach Rip his choosing was not in vain. Although some would succumb to those hang-ups many went on to accomplish the goal they set out. Coach Rip was tough on the court and courtside but funny off the court. He had the heart of a servant when came to putting young men from all walks of life in the best situation possible for them to compete for him. I witnessed him open his hands, his home, his wallet but especially hisheart to sow seeds into the lives of so many athletes.

If you were his assistant coach there was a love/hate relationship as to be expected as many mentor/mentee relationships are. The toggle of his genius and methods made fodder for a good reality show. As assistants we’d often toe the line but he was the obvious elder statesmen in the gym with an impeccable basketball coaching pedigree to prove why he was who he was. His Basketball IQ was unparalleled and if you worked with him long enough it would rub off on you. Once we were down by 5 points in a game with 1:50 left on the clock. Coach Rip called timeout; pulled us in a huddle and said this is a three ball possession game now. He gave the strategy for our athletes to execute and what we the assistants were supposed to focus on in those last moments of the game. His plan of execution worked and we won the game.

As an assistant men’s basketball coach who happened to be a woman working alongside Coach Rip was quite the experience. Under his tutelage not only did I get to improve and enhance my coaching skills but he allowed to me cut and sharpen my athletic administration teeth as well. Truthfully Coach Rip gave so many of us assistants or athletes the foundations we needed to GROW ON to be better in many other areas in our lives within ATHLETICS and outside of it. One of the funniest moments I will ever cherish about him off the court is his love of food. We were at a restaurant and he wanted a steak. Unfortunately the restaurant didn’t have steak. He said, “Dang that’s no good! Guess we’re not gonna eat tonight Coach …. and looked at me.” We all laughed. He had chicken that night.

Coach Rip was incapable of convalescing quietly while the GAME WENT on! If you went to visit him in his latter days you’d see him sitting with his assistants or on the phone with them doing the only thing that gave him true joy and pleasure prepping for the next GAME! Basketball was Coach Rip’s DNA. He lived, breathed, and died for BASKETBALL. Cancer may have taken his life but not his LEGACY! Coach Rip had his own way of doing HIM and what he LOVED to do but all LEGENDS do! I can only imagine how the GAME is looking in HEAVEN right now. He’s probably trying to convince Kobe to start a summer league. Coach Charles Ripley we all carry your LEGACY on and on. You will forever be missed but forever be loved! Rest Easy Coach Rip you deserve it!

Coach A
We are all entrusted with a gift to make this world a more positive dimension to meander. As each of us transverse through life shedding the layers of growth via our stories it enables the next person to find their voice and use their inner strength. I have been blessed with many gifts and talents. I have outgrown the dimension of living of being ducked off and reserved well hidden in plain sight while I watch humanity suffer. This page is dedicated to revelation and elevation. Here is where revelation meets light and leads to enlightenment, empowerment, and intrinsic evolution of mind, body, and soul. I share with you what life, lumps, and love has gifted me via my prose and my voice. Unapologetically Liberated, Love and Light Rendering Loquaciousness, Poetical Proliferations in Prose, Mystically Mused through Meditation, and Unequivocally Elevated in Existence. I am the Queen and I am speaking! #theQueenhasSpoken