As a child one of my favorite shows on television was the Cosby Show. It represented so many ideologies I wanted to have in my own family. Their family had all the nuances which seemed to be necessary for a healthy happy family. This isn't a post about the infamous and beloved fictitious family from the '80s but rather how their storyline breed hope about the possibilities. Yes we often saw ourselves in the roles of either member of the family however life's reality would reel us back into where we lived daily far, far, far from the melodies, and teachable moments in the Brooklyn Brownstone.

In a home full of love and siblings, I admired the strength it took my mother to raise us to be true to our individualities as we maintained interconnectedness. She'd say "I have some of worst best children ever." When I became an adult she told me this meant although she'd encouraged our own divine pathways it was tough on her being all we needed her to be all the time. She did it so well with a smile on face and prayer on her tongue.

When I became a parent I wanted to emulate my mother. This was the best way to pay homage and honor all her sacrifices for us. I worked hard to not repeat mistakes she beckoned me not too. But there was one thing I repeated and it wouldn't fall up under failure but rather success albeit bittersweet. My mother had gifted me with the liberated freedom to fly free and soar high. Even though it frightened her she still encouraged me to chase after my dreams and fight for my goals knowing they would take me from home, very, very, far from home. I’ve spent most of my adulthood living away from my mother. I was maturing as an adult and parent in the earshot of her voice but far from her loving hugs.

In a series of unplanned and many unfortunate incidents I found myself back in the town I’d prayed so hard to get far and stay away from. Truthfully I came back kicking, screaming, and crying. But this space was exactly what my children needed to transition from childhood to young adulthood.

I felt this mother’s grasp on a changing tapestry she had no control over. Even as the things we do daily are woven into it as it becomes a beautiful crafted art piece for others to admire. We still breathe deeply as the patterns we’re familiar with change.

Paraphrasing one of my favorite artist “I hated moving but I had to go” in his song Nemo Money pens a beautiful love letter to his mother and sisters titled Postcard. The song tells how he hated leaving but leaving was the only way to chase his dreams.

Today I dropped off my Princess at her dormitory to begin her spring semester. You’d think this would not be such a big deal to me since I have been taking she and her siblings most of their lives to some big away from home experience. However, it was and it made me more emotional than I expected especially as this is not her first semester in college. Why was the question I kept asking myself? Much like the young new mother from the television show I was preparing for thing and life has constantly giving signals and preparing me for something totally different.

Today I wrote this about dropping off my princess: My heart fluttered a little but as I felt the bird squirming in my hands I knew I could no longer hold on to it... it was time to let it go. It was time to let it fly. AND!! Just like that I opened my hands watching the bird leap into the air and begin to flap its wings as it flew away. I watched to see if it would turn around to look back but it didn't. But at least I got to see it land safely into its new nest.

I took my other child with me to drop off her sister. I needed the moral support. I pulled onto the parking as I have many times before but this time I felt a lump in my throat and tears welling in my eyes. I grabbed her and her sister’s hands and I begin to cry as I prayed over her exit from my vehicle to embark upon a new branch in her tree of life. She exited my vehicle and we drove off. When we pulled back up in front of our home I asked my youngest child aren’t you sad like mama? She replied, “No mama, she’s been trying to do this for a while now.” “I hated leaving but I had to go but when I come back I am make our lives magical and if I don’t at least I put on a show, I am be the man.” My son aka Nemo Money taught me the value in growing with your children even when it hurts to see them go.

Copyright. All rights reserved. No part of this blog may be reproduced by any means, graphic, electronic, or mechanical, including photocopying, recording or taping or by any information storage retrieval system without the written permission of the publisher except in the case of brief quotations embedded in critical articles and reviews.

This is a new year and always so many start the year out saying how they are going to such different things than they did in the prior year. It is my prayer if this is your mindset you find the strength to stretch beyond the moment you want to quit to become a better you not just for the new year but in life.

Last year was one of the most life changing and revealing as it fulfilled so many unanswered questions. So while I got fired from a space I love in the dna of my being it freed me into living. I am redoing my website and that is my only new "thing" if there would be a resolution is to stay faithful to girth and strength of my gifts as God makes room. Please bear with me as these changes unveil and propel me. Until the next post..... I am Gone Fishing! 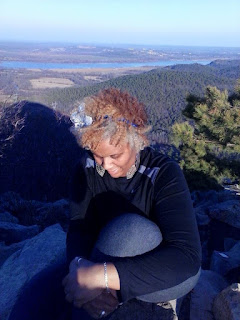 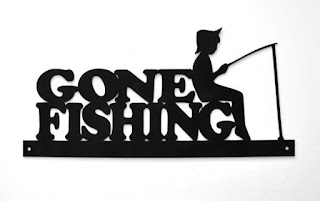 Coach A
We are all entrusted with a gift to make this world a more positive dimension to meander. As each of us transverse through life shedding the layers of growth via our stories it enables the next person to find their voice and use their inner strength. I have been blessed with many gifts and talents. I have outgrown the dimension of living of being ducked off and reserved well hidden in plain sight while I watch humanity suffer. This page is dedicated to revelation and elevation. Here is where revelation meets light and leads to enlightenment, empowerment, and intrinsic evolution of mind, body, and soul. I share with you what life, lumps, and love has gifted me via my prose and my voice. Unapologetically Liberated, Love and Light Rendering Loquaciousness, Poetical Proliferations in Prose, Mystically Mused through Meditation, and Unequivocally Elevated in Existence. I am the Queen and I am speaking! #theQueenhasSpoken